LODGE CARRON 139 EXTRACT of ERECTION OF THE LODGE 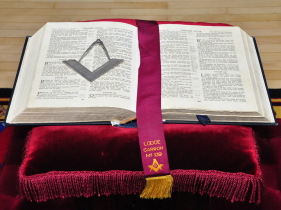 CHARTER OF ERECTION in favour of THE CARRON LODGE NO.138 26th December 1767

TO ALL AND SUNDRY:
"To whose knowledge these presents shall come"
Greeting in God Everlasting" Whereas upon application to the Grand Lodge of Free and Accepted Masons for the Kingdom of Scotland by George Mathews,Peter Price,John Crawford,John Benson,John Sillies Thomas Jones,Samuel Cox,and many other Master Masons residing in and around Carron.

SETTING FORTH THAT:
They being very desirous to promote the good of Masonry in General and particularly at Carron the place of their residence and being at a distance from their Mother Lodges so that they could not attend them,they were desirous to be constituted into a Regular Lodge at Carron under the title of the Carron Lodge; and they proposed George Mathews for Master, Peter Price and John Crawford as Wardens,John Benson for Secretary,and John Gillies for Treasurer;and therefore praying that it might please the Grand Lodge of Scotland to Grant them a Charter of Constitution and Erection in the usual form.The Grand Lodge,having considered the above mentioned Petition, with certificates of three of the Petitioners being Master Masons,they authorised this underwritten Patent of Constitution and Erection to be Expede in favour of the Petitioners.

KNOW YE THEREFORE:
The Most Worshipful and Right Honourable the Grand Master of Scotland and the Grand Lodge thereof aforesaid Have Constituted,Erected and Appointed and hereby Constitute Erect and Appoint the worshipful Brethren above named and their Successors in all time coming to be a true and regular Lodge of Free and Accepted Masons ,by style and title of THE CARRON LODGE and appoint and order all Regular Lodges within Scotland to hold,own,and respect them as such. Giving,Granting,and Committing to them and their successors full power and authority to meet,assemble,and convene as a Regular Lodge,and to admit and receive Apprentices,Pass Fellow-Craft,and raise Master Masons upon payment of such composition for support of their Lodge as they shall see convenient. And to Elect and (chuse) choose Masters,Wardens,and other officers annually or other ways as they shall have occasion, Recommending to the Brethren aforesaid and their successors to Reverence and Obey their superiors in all things lawful and honest as becomes the honour and harmony of Masonry. The said Brethren by accepting of this present Charter,becoming faithfully bound and engaged not to desert their said Lodge so constituted,nor upon any pretext whatsoever to make any separate or schismatical meeting without consent of their Master and Wardens for the time;nor to collect money or other funds separate from the common stock of their Lodge, to the prejudice of the poor thereof. They and their successors in all time coming being also obliged to obey and pay all due regard to the Acts,Statutes,and Regulations of the Grand Lodge already made or hereafter to be made for the utility welfare,and prosperity of masonry in general; and to pay and perform whatever is stipulated or demanded of them for the support of the dignity of the Grand Lodge,and to record in their books which they are hereby appointed to keep,this present Charter of Constitution and Erection,with their own Regulations and Bye-Laws,and their whole procedure from time to time as they shall occur to the end the same may be the more easily seen and observed by their Brethren,subject always to the Review of the Grand Lodge and also the Brethren aforesaid and their successors are hereby required punctually to attend the whole general meetings and Quarterly Communications of the Grand Lodge by their representatives,being their master and Wardens for the time,or by lawful Proxies be Master Masons or Fellow-crafts of some established Lodge,holding of the Grand Lodge.T the end they may Act and Vote in the Grand Lodge and be duly certiorated of the proceedings thereof, Declaring their Precedences in the Grand Lodge to commence from the date hereof. And to the end these Presents may be the more effectually kept and preserved the same are hereby appointed to be Recorded in the books of the Grand Lodge. Given at the Grand Lodge, held in the city of Edinburgh upon the 26th day of December one thousand, seven hundred,and sixty seven. By the Most Worshipful and Right Honourable, George Earl of Dalhousie, Grand Master Mason of Scotland, the Right Worshipful and Right Honourable Lord Robert Kerr,Deputy Grand Master, Andrew Allison, Esq, Substitute Grand Master, Alexander Elphinstone and Henry Bethune Esq,Grand Wardens. And the seal of the Grand Lodge is appended hereunto. In Presence of Mr Alex M'Dougall,Grand Secretary and Archibald Megget, Grand Clerk

The above written Charter of Constitution and Erection is duly recorded in the Grand Lodge book beginning upon the 115th page by Archibald Megget Grand Clerk,Edinburgh 16th March 1768 to received dues. The Lodge Carron 138 (extract of) Original Charter 1767 still in use to this day 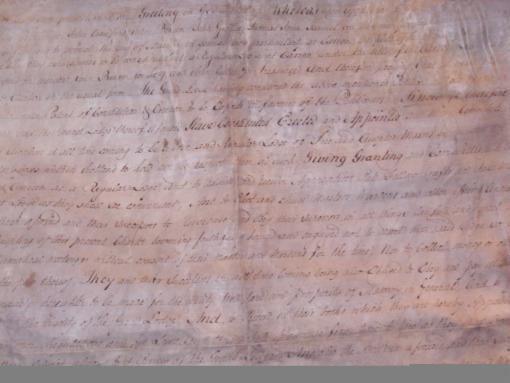 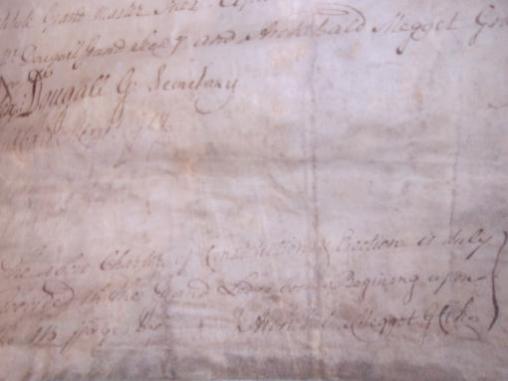 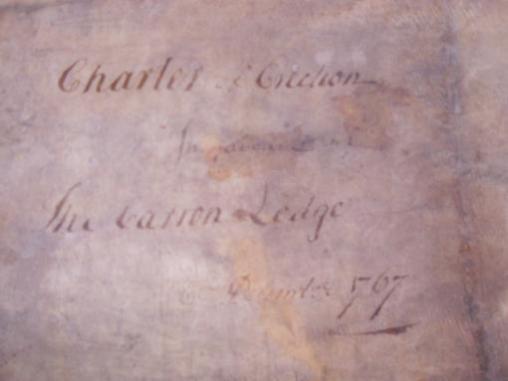